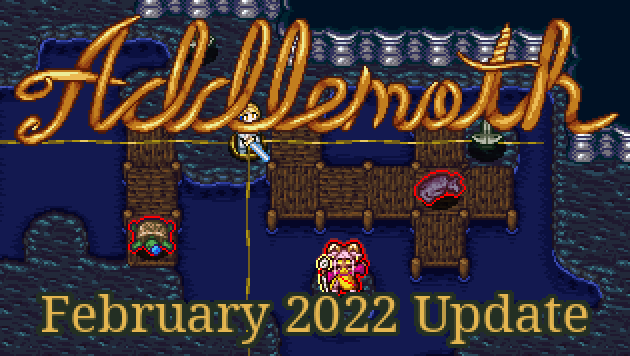 As predicted, my life got a bit busier and I didn't have as much time to dedicate to working on the game.

There has definitely been some progress, though! This is all work towards the full version, the playable demo is unchanged.

Previously, on last month's update, I stated that the current goal is finishing the design of all the objects in the game.

So, with the change of the switches to being pressure plates only, I changed the switch lines effect to be persistent and have a short looping animation to indicate the affected area more clearly. Visual clarity and communication is really important, especially as the game gets more complicated!

Additionally, to make the popup wall state clearer, it darkens a bit when it's popped up. I'm still going to redo the visual pattern on it, just haven't gotten around to it yet.

This is also the first example of one of the new switchable trap objects, a simple magic bolt trap that hits anything in its path, with fairly obviously temporary WIP art. It reloads when no more switches are keeping it active, to keep it manageable. This isn't terribly interesting on its own, but I've already got a few devious puzzles around it set up and I'm happy how it works out. 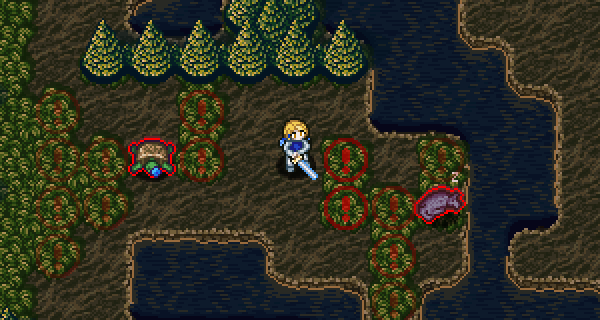 One consistent piece of feedback I get is that it's really unclear what the wake range for the sleeping dogs is. And, well, I agree! I've wanted to make this clearer, and it became a higher priority when I decided to let the turtles take a snooze too.

By the way, the turtles lose interest in you now if they're left on their own.

In my effort to add clarity to the game, and I need to stress that this is a mockup which not actual art, I'm making the following changes:

Hopefully that should both make it more usable and more interesting!

Mines tileset design is proceeding! This is still subject to change, but I am pretty happy with how this one came together.

I do try to limit how much effort I'm putting into these tilesets, as they are a fair bit of work to make, but honestly it's getting considerably easier with time and I intend on mixing and matching more as I go. For example, I'll be using the wooden floor from the caves tileset as the alt-floor here.

For more and more of the remaining tilesets I'll be mixing and matching pieces like that, and palette shading. This is mostly because I would like this game to be finished within my lifetime.

Additionally, our friendly new goaty NPC is, well, you can see for yourself. Ehehe.

This behavior will change slightly, but, you get the idea.

My policy for the design of puzzle elements is that normal objects will have relatively uncomplicated behavior, but NPCs are more complex, with a greater focus on showing their personalities and traits than on being purely puzzle elements. This might make them difficult to use sometimes, but I think it adds a lot of character to them and to the game.

There's some other stuff cooking, of course, but it's not really baked well enough to be worth showing.

Thanks for keeping up with the game! Give it a try if it sounds interesting!